Just like Christmas there is no exception to watching holiday related movies. You’ll see them some on TV and maybe there is a new Halloween film coming out in the cinema too. Here’s all the spooky and Halloween related films that are my favorites.

This film has been a favorite since childhood. I remember watching it almost daily with my sister. We loved the story-line, the characters and their personalities and the overall vibe of the film was amazing! Till this day still a favorite.After haven seen this film my family always wished to live in such a huge mansion with ghosts like Casper. I love the friendship he and Catherine have in the film and I always wished for a friend ghost too (maybe its destiny seeing my name is also Catherine). Its an oldie but a golden goodie! Another childhood favorite of mine and my sister. It was colourful, yet dark and scary. We used to watch this every year on Halloween when it was on TV. It was very special to us and we always looked forward to it every time. It pretty much became a Halloween tradition to watch this. Even out parents would join in. My sister told me that she was getting ready to watch it this year too. I really like these old kinds of cartoons. Call me old-school but I prefer a lovely painted and 2nd animated cartoon with details and great story-lines to any of the new modern stuff today. There are some exceptions though. This mini film had great music too, like the iconic Ikabod Crane song.

Well its the movie version of the above mentioned cartoon. I only watched this for the first time a few years ago and I love its sinisterness and Johnny Depp of course. I haven’t watched it in a while to be fair so it is on my to watch list this year. 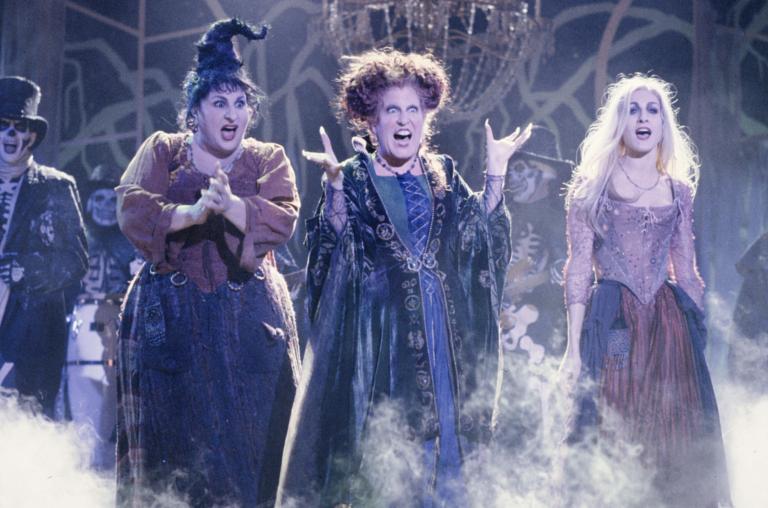 I watched Hocus Pocus for the fist time last year. I made myself a Halloween movie to watch list after haven heard of so many people talk about Hocus Pocus, Halloween Town and so on. I have to say that I liked this film quite a lot though I think if I would have seen it as a child I would have experienced it differently. But I really loved the witches. They were hilarious and their costumes looked amazing. Its great Halloween costume inspiration. I LOVE BeetleJuice. I used to watch the cartoon version when I was a child. The cartoon was very different to all the other children’s cartoon’s and because it stood out the most and was so weird I took a great liking to the characters and general vibe of BeetleJuice. I always wished to have my own friend like him. When I watched the movie for the first time (I was a young adult I believe), I was a bit shocked to how it wasn’t like the cartoon at all. But nevertheless I still loved the whole edgy, spooky, creepy style and I could still identify a lot to Lydia’s style and interests. I really liked the story-line and all the characters and special effects. I really loved how the actor bought BeetleJuice to life. He was hilarious and a perfect match . There is also one song in the movie that is my favorite. Check it out below.

This is my happy, glittery space to be me, share my many favorite things and my life moments! Im a lover of mermaids, unique finds, purple colour palettes and delicious food. Hope you enjoy your time here!

Please connect your site to YouTube via this page before using this widget.

Please connect your site to YouTube via this page before using this widget.